A Connection to Baseball and Each Other

Since sharing an update on Janet Frederick’s cancer fight, many people asked about her son, Carter, a terrific baseball player who has earned a scholarship to his dream school, Auburn University — the same college Integrity Partner, Mike Killimett played for years ago. Due to the coronavirus, Carter’s high school senior season had to be cut short. But in his last game, he hit an emotional home run with his mom there watching. Here’s a newspaper article that details that game.

Carter loves baseball to his core — and Janet has always been his biggest fan. We wanted to share some photos of the two of them, and of Carter in his new Auburn Tigers uniform. 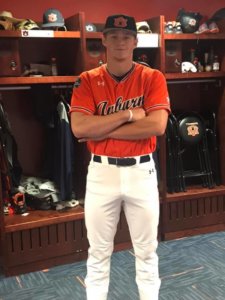 A number of listeners have expressed that you enjoyed hearing from Bryan parents, Allan and Gail Adams on a previous…

March 11th was the one-year anniversary of the day the world changed due to the coronavirus pandemic. Our thoughts and…

We are so excited for our first Women in Leadership Seminar Series event on June 18th, 2021 at 12 PM CT! We…